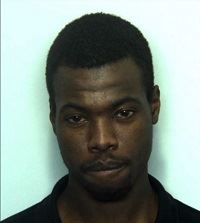 On Thursday, October 9, 2014 just before 10 p.m., Dennis Coleman, age 24, was found with gunshot wounds on Fairview Street in the South Norfolk section of the city. He was last seen walking in the neighborhood.

Witnesses stated that as Mr. Coleman walked past a dumpster, a couple of shots were heard and they looked over and saw a unidentified person who was continually shooting Mr. Coleman.

Mr. Coleman was taken to Norfolk General Hospital with life-threatening injuries where he later died.

The case remains unsolved. There is a reward of up to $1000 if your information leads to an arrest. You can remain anonymous. For a complete list of unsolved homicides in Chesapeake, visit Cold Case Homicide Investigations.

What you can do if you have any information:

If you have any information regarding an unsolved case, your tip can be forwarded to the Crimes Against Persons Squad. You can remain anonymous.